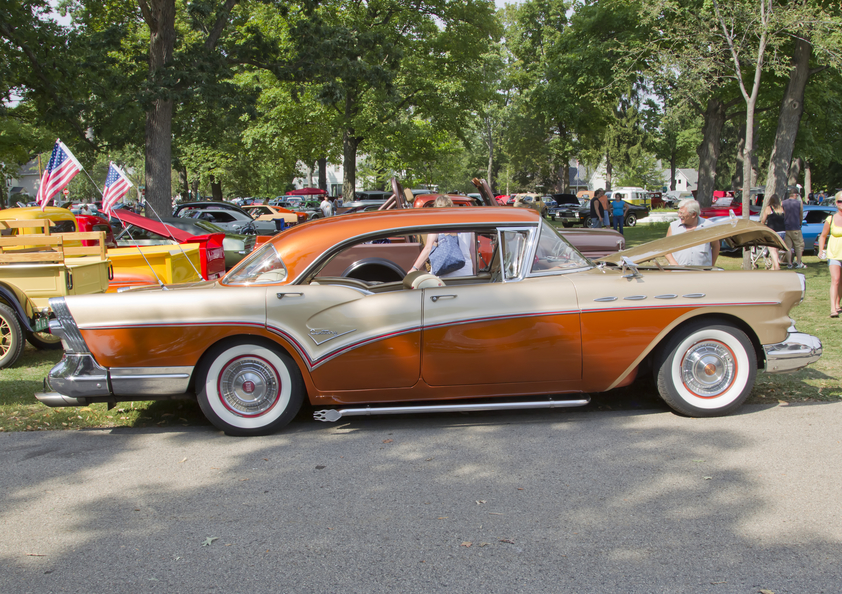 The Buick Century was in a class amongst itself. Buick was underrated when it came to making the luxury car. Everybody thought that Cadillac was the only General Motors company that could make the so called classy cars. You know the ones that the you saw movie stars or sports stars drive. Nope you'd be wrong, Buick could out-class Cadillac any day of the week and with the Century they did it tenfold. The Buick Century was a clean, beautifully styled automobile that made a bold statement. The lines were to die for, the legendary nailhead engine was a great performer and Buick always made one of the most dependable autos of its day. The Buick Century was also a great riding car. You could take out to dinner or just a simple night out on the town, it could do everything and then some. There was nothing a Buick Century couldn't do. But as they say nothing in life is free. Sure the Buick Century could do everything but there was one thing it was down on a bit and that was the radio. You had such beautiful styling and this really nasty radio. It just wasn't right but the good people at Vintage Car Radio can make everything right again. They have the know how, the brains and the ability to put you into a killer radio system that will make that Century jump, jive and wail like it should. They have all the top quality systems from the top of the line companies like Custom Autosound, Ken Harrison, RediRad, Out of Sight Audio and Stereo Conversion. All of these companies have radios that fit like a glove, sound unbelievable and will out last you and your car. So what are you waiting for, get to Vintage Car Radio and make that Century sing!