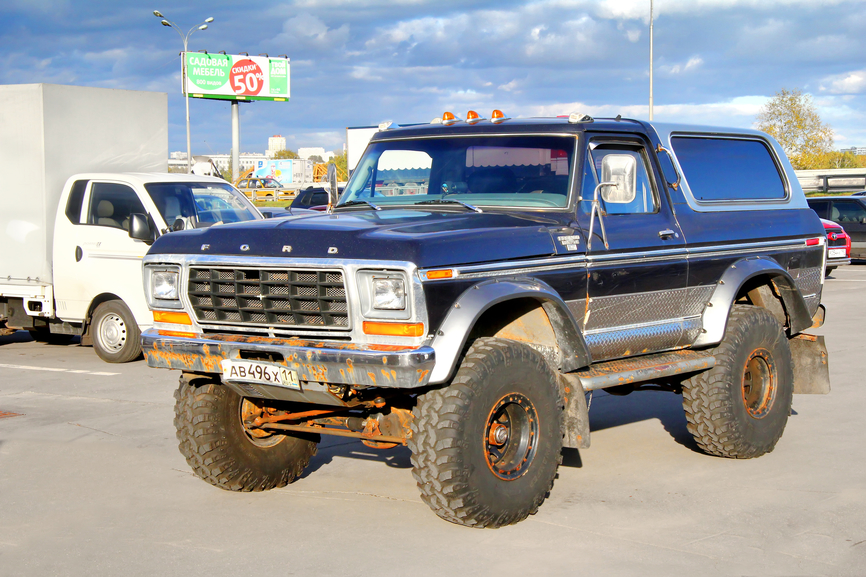 The Ford Bronco is one of the biggest and baddest trucks around. Just because in 1994 O.J. Simpson made it famous by riding it on the Los Angeles Freeway from the cops doesnt mean thats its only claim to fame. However, the radio was not know as one of the best features of the Ford Bronco. This is where we come in to play. We have Custom Autosound and Ken Harrison radios that would fit the original dash. In the days before the internet, the cellphone, major highways, etc there was a vast wilderness that stretched across the America. There was no roads, just rocky trails that went through woods, up hills and mountains and across rivers. Traveling a mile took hours and even days. The only means of transportation was the horse and the buggy. Sure it seems romantic riding your horse across the country but in reality it was a really tough go. Your horse could only go so far without getting tired and the buggy itself was built tough but not tough enough to take on some of these trails. Wheels were made of wood so they broke easy and the ride just wasn't very nice. It could really rough up the a person. Add in the cold, rain and severe weather to all this and you have one heck of a life. Then in the early 1900's Ford Motor Company came out with the Model T. Finally you didn't have to worry about your horses and the ride was just a bit better. You could travel faster and go much further in a day then you could in a horse and buggy. You could keep your family out of the weather a bit better but it was still quite the rough go. Soon Ford came out with the Model A truck and then the legendary Ford F1. The Ford F1 went from the hollowed flathead to the first overhead valve engines. The trucks got tougher with better frames, better suspension and overall better performances. The bodies got better and thankfully so did the heaters. All the way through the '60s the F1 series just got better and better creating a die hard following that still grows to this day. The problem with the F1 series of trucks is the lack of space in the cab. As the years went on the cabs did get a bit bigger but still you could only get three people inside and even that was uncomfortable. Ford decided that they needed something for the family that wanted the ruggedness of a truck but could still be used around town and off road. Thus the Ford Bronco was born. The Ford Bronco was debuted in 1966 and was an instant hit to the public. It had a rugged frame and what could be considered half ton truck axles. It rode on front coil springs and rear leaves which gave it a far better ride then the standard truck. It came with the reliable straight six and a more powerful V8. Of course it had the automatic or a manual. One of the best things about the Bronco was you could take off the roof to enjoy the open air but then quickly put it back on when the weather got rough. The Ford Bronco performance on road and off was just amazing. You could go to school, work or on the town or go do some wheeling on the weekends. The Ford Bronco was the king of what is now called the SUV.

A long time ago, in a far away place there were only trucks. They were built to haul whatever you needed, anytime and any where. Ford had there F-series that was and is still a top seller of all time. They did their job and they did it well. But there was a market that came about because of the simplicity of the truck. You could only have three people in a truck at one time and some people wanted more. So Ford created the Bronco and it was an instant hit. It had all the best things of the truck but with more passenger space. You could still haul things but now you could bring your kids or friends along with you. You could go on a drive in the countryside and maybe do a little four-wheeling while you were there. The Ford Bronco filled a niche that most people weren't even aware was even there and it did it well. With more interior space in the Ford Bronco you need more radio power to fill the cabin and the stock radio could not cut it. I mean it just didn't have the guts to do it. So what if you have a Bronco now but want to be able to jam out? You get your butt over to Vintage Car Radio and check out all their top of the line radios and sound systems. They carry the best radios money can buy from the manufacturers in the industry like Custom Autosound, Ken Harrison, Out of Sight Audio, RediRad and Stereo Conversion. These radios are the best of the best. They have the best technology and install with ease. Now is the time to make your Ford Bronco sound as good as it performs and Vintage Car Radio can make it happen