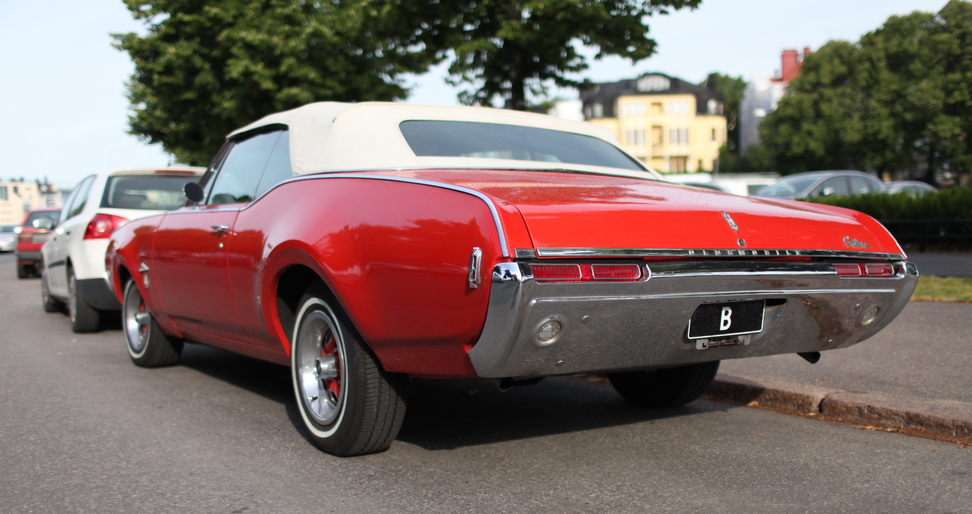 The Oldsmobile brand that lived under the umbrella of General Motors, was around for decades before folding due to business reasons. Oldsmobile always had classic cars that were just beautiful and they also had the performance to match the looks. With names like Starfire and Rocket 88, Oldsmobile brought together the younger crowd and the older generation. They were one of the few manufacturers that could match the hot rod segment with the custom crowd. They could build long lean cruisers and then turn around and build something like the Cutlass that had bulldog good looks and wasn't all just bark. The Cutlass confirmed that Oldsmobile meant business and they proved it on the street and the track. You could find Oldsmobile in the garages of mainstreet America as well as the tracks around the world. Whether it was taking the kids to school or dominating on the strip, Oldsmobile could do it all and stay classy while doing it. If you wanted the best you got an Oldsmobile, no matter what you needed it for because you knew it was up to the task. But as always every great car has its downfalls and like most classic cars its the radio. They were underpowered and the crackling of the speakers were enough to drive you nuts. So what can you do about it now? Get yourself over to Vintage Car Radio and check out all the great radios that are built just for your Oldsmobile. They carry the best of the best in the classic car radio industry with names like Antique Automobile Radio, Custom Autosound, Ken Harrison, RediRad, Out of Sight Audio and Stereo Conversion. These radios install with minimal hassle and the sound is superb. So go to Vintage Car Radio and get your Oldsmobile sounding like it should have before.