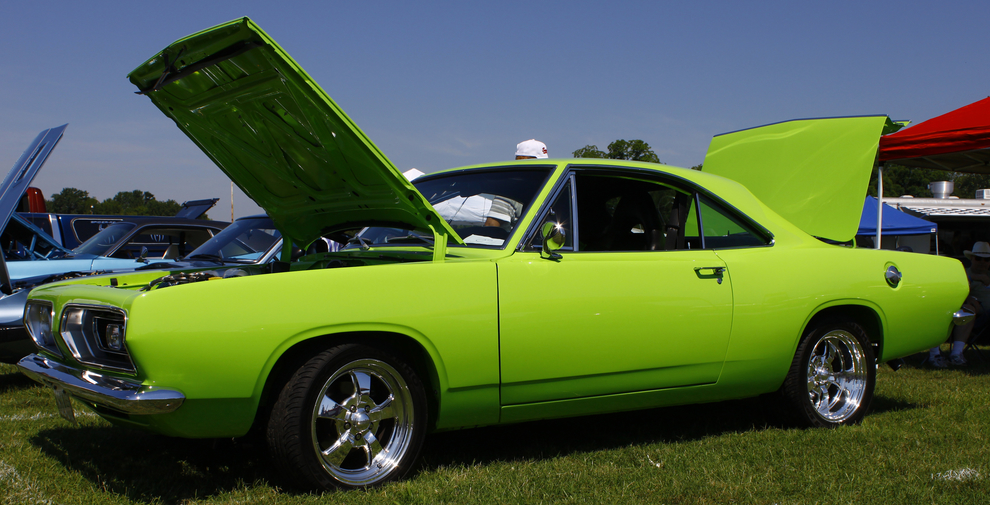 Mopar consists of Plymouth, Dodge and Chrysler. They have built some of the great cars of our time. When the term classic gets used, you can use it for Mopar. Mopar built trucks and cars both icons. The Mopar family has the Challenger, the 'Cuda, the Dart and too many more to list. In the early '50s Mopar debuted the legendary Hemi engine. It started off small but soon grew into the big boy we know now. Any car that had the Hemi under the hood was a car to be reckoned with. Mopar knew what they had in the Hemi so they put it in everything from big to small. They really hit pay dirt in the late '60s with the debut of the Dart/Barracuda Super Stock cars. These cars were basically race cars with lisence plates. Racers everywhere drooled over these factory hot rods. Mopars were everywhere from the street to the track and they dominated everywhere. Now as well as Mopar was with their styling and technical abilities they lacked in other areas much like most classic cars and that was the radio. Vintage radios were not up to today's standards and most just plain sucked. So what do you do now that you have your dream Mopar? You contact Vintage Car Radio for all your Mopar needs. They carry the latest and greatest in classic car radios. They have exactly what you need for your Mopar from the best in the business like Custom Autosound, Ken Harrison, Antique Automobile Radio, RediRad, Out of Sight Audio and Stereo Conversion. These radios will make your Mopar rock like it never has before. Not only that they install with minimal hassle, so there really isn't any reason you shouldn't get over to Vintage Car Radio and load up with the best classic car radios around.