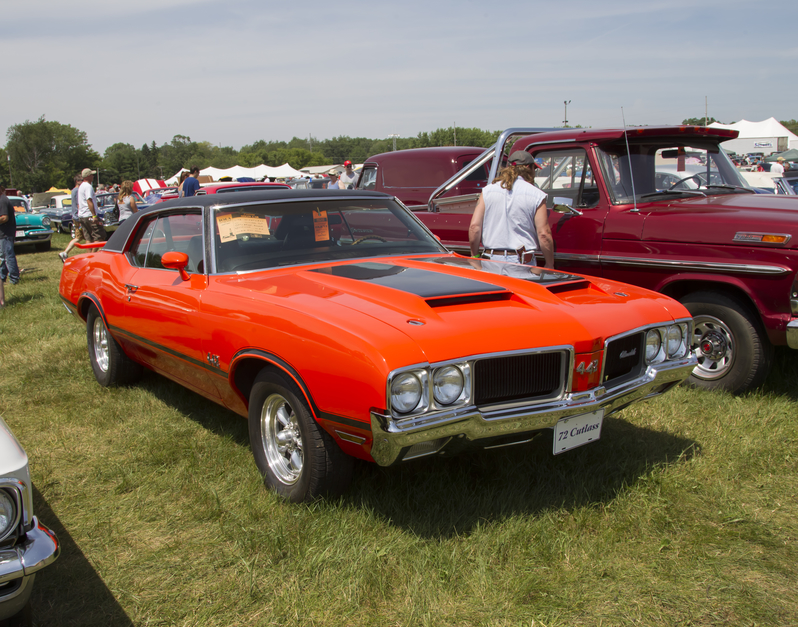 Oldsmobile built some really great cars, classics if you will. They built what was the predecessor of the muscle car with the Olds Rocket 88 but things really hit their stride when they designed the Cutlass. It started off a nice cruiser then morphed into a full on muscle car. It’s been said before that the Cutlass always looked like it was ready to pounce. It was just the way the rear quarters were styled that made it look like it was up on its hind legs that gave it such an attitude. Of course you need the power to back it up and the Cutlass had that in spades. From the small block to the big 442 the Olds Cutlass was dominant on the street and the strip. It was Oldsmobile's main muscle car and they did it well. It wasn't as popular as the Camaro or the Mustang but it really should have been. As good as the Oldsmobile Cutlass was it could always be improved. It’s always great to hear the pipes rumbling as you bang through the gears but sometimes you're in a more sedate mood and just want to cruise and listen to your favorite songs. But as a lot of classic cars, the sound system was found very lacking. As in, it really sucked but there is nothing to fear when you have Vintage Car Radio on your side. These people know the classic radio business inside and out and can make your Cutlass sound like never has before. They carry the best of the best which include systems from Stereo Conversion, RediRad, Out of Sight Audio, Ken Harrison, Custom Autosound and Antique Automobile Radio. These are the best radios for your Cutlass and they are very easy to install which means less work more cruising for you.