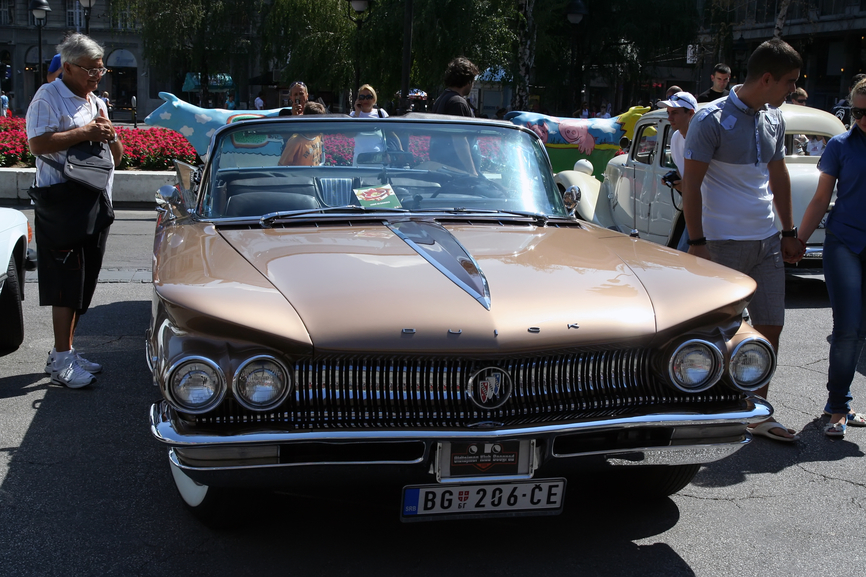 The Buick Electra was one of those big luxury cars that kind of went under the radar. They had all the baubles of its sister car the Cadillac at usually a much lower price but since it wasn't a bigger name some people snubbed it. They shouldn't have because the Buick Electra offered just as much as the big boys in the luxury car market. You had a smooth ride, power everything, cushy seating and room for the whole family. The Buick Electra had style for days from its early day’s right up to the early '90's. So if you ignored the Buick Electra you missed out on a killer cruiser.

As good as your classic ride looks, the sound system was terribly lacking. They had bad speakers and bad radios that just ruined a really nice classic ride. Sure in some of your rides you can listen to the hum or cackle of your engine but not everyone has a built up motor (which is sad). Well guess what, the great people at Custom Autosound have come to the rescue, again! No more worries because they have the top of the line radio and speaker systems that will make your car sound so sweet, you won't even recognize your hot rod! Its modern technology wrapped up in a factory appearing package, Christmas comes early for you! No one will even know you don't have the stock radio installed (not even other restorers) and even better the installation has easy to follow instructions which means no cutting of your dash keeping the originality of your car intact. Seriously, if you've ever installed a radio before (and who hasn't) this will be as easy as riding a bicycle (not a unicycle, that's just hard), you do know how to do that correct? Custom Autosound has done all the work for you (ain't that nice of them?) so no more eight hour installs or cutting yourself trying to figure out how to jam that new radio into the stock dash. Also you won't have to hang it off the bottom of your dash because that's just ugly and hack and why go through all the work when Custom Autosound has made it easy for you! They have strictest standards and only the best quality work gets released to you. Their radios go through rigorous testing before anything is made available to the public, so you know you're getting the best and you're getting dependability. Remember this is not just a reproduction radio; this is a complete revamp of the factory piece that is all new! This is modern craftsmanship and modern parts, so no more old dead bulbs since you get LED lights that will light up when you want it and with perfect sound, you can't go wrong with a Custom Autosound. You can also hook up your CD or satellite device and hear all your favorite tunes that you want which means you won't have to slog through commercial after commercial on local stations. The music you want, when you want it, brought to you by Custom Autosound.