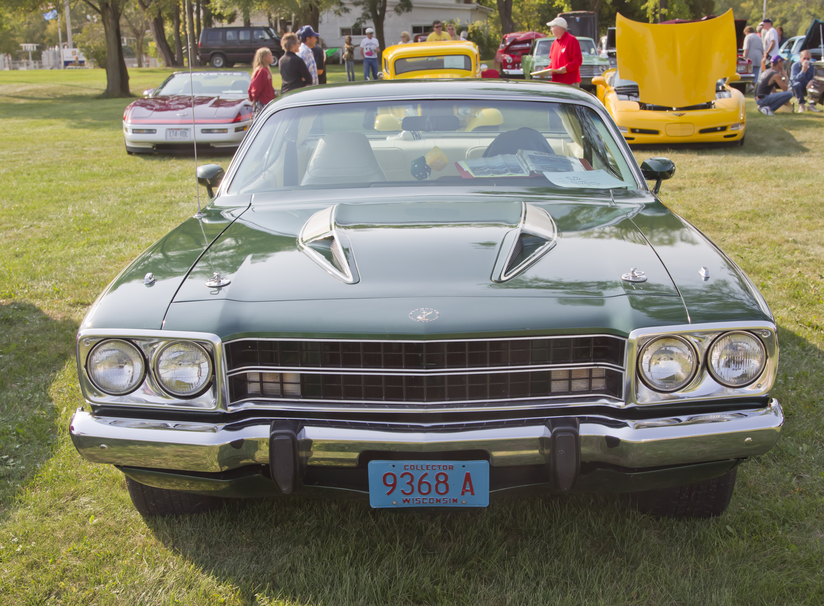 Sure its named after a cartoon character but there isn't anything funny about the Plymouth Roadrunner. The Roadrunner had attitude oozing out its pores. The Roadrunner was one nasty musclecar. Its larger size made its engine have to work harder so Mopar installed the big boys from their engine stable like the big wedge 440 and the 426 Hemi. Of course everyone know the Hemi, the name itself has taken on a legend all its own. Heck it had its own ad campaign a few years back but the late '60s was the real hey day of the Hemi. It was redesigned to produce some really stupid power and boy could it move the Roadrunner down the street or the track. The Roadrunner could be found everywhere and it really was good on the street where it just styled with the best of them. When you matched the Hemi and the Roadrunner you got an unbeatable combination. Now, even though you had tons of power and tons of attitude you had one shortcoming. The Roadrunner radio really didn't keep up with the rest of the car. It was just plain bad, as in sounded horrible. So what do you do with your Roadrunner now? How can you make it sound really good? You get your butt over to Vintage Car Radio and checkout there long list of radios specifically designed for your Roadrunner. They carry only the best of the best from the likes of Custom Autosound, Ken Harrison, Out of Sight Audio, RediRad and Stereo Conversion. These radios not only sound amazing they install with minimal hassle which means you get to listening instead of working. Any of the radios that Vintage Car Radio sell will make your Roadrunner everything you could ever want. So what are you waiting for? Get to Vintage Car Radio now!