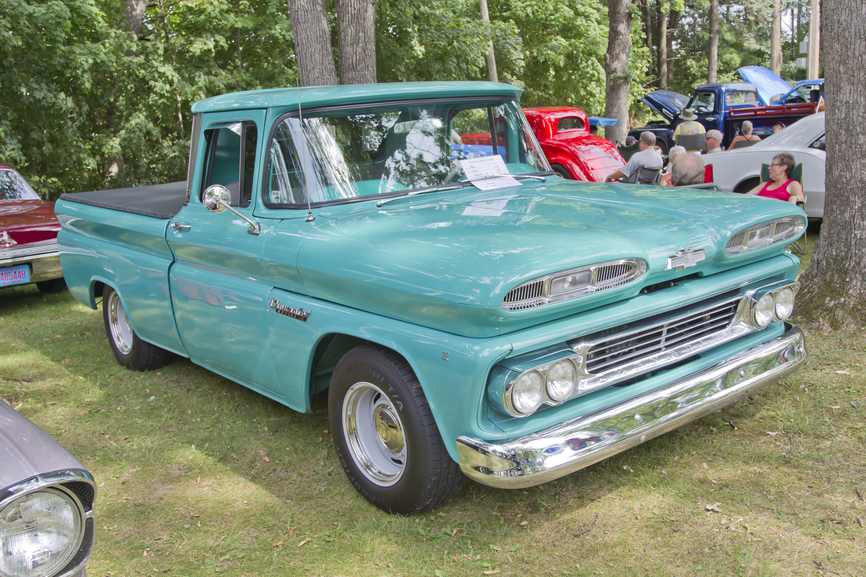 When they made the Chevy truck, they threw away the mold. When you think of America and the wide open spaces you think of the Chevy truck. America was built on the backs of workers and they used the Chevy truck to get to where they going. They hauled and toiled millions and millions of miles. They never put up a whimper, they just kept on truckin', pun intended. The Chevy truck was built like a rock (as the commercial sang) and was always up to the task at hand. The Chevy truck had something some of the other brand trucks didn't, they had style. They looked good and a lot of builders saw that and built some really nice customs as well as the off road crowd saw the potential in the Chevy 4x4's and went wheeling all over the country. The Chevy truck is here to stay and America is happy to have it. When you were on the work site or hauling some lumber you knew you were in good hands in the Chevy truck. It was built right and it made you feel better but when you leaned over to the radio and things weren't the same. It sounded horrible! So what should you do? You go to Vintage Car Radio and take a look at all the available radios and sound systems. They have everything you need to make your Chevy truck sound as good as it performs. They have the best of the best from the top manufacturers in the world like Stereo Conversion, RediRad, Out of Sight Radio, Ken Harrison, Custom Autosound and Antique Automobile Radio. These radios bolt in with minimal hassle and sound amazing when its done. The helpful folks at Vintage Car Radio can set you and your Chevy truck up and rolling in no time at all.