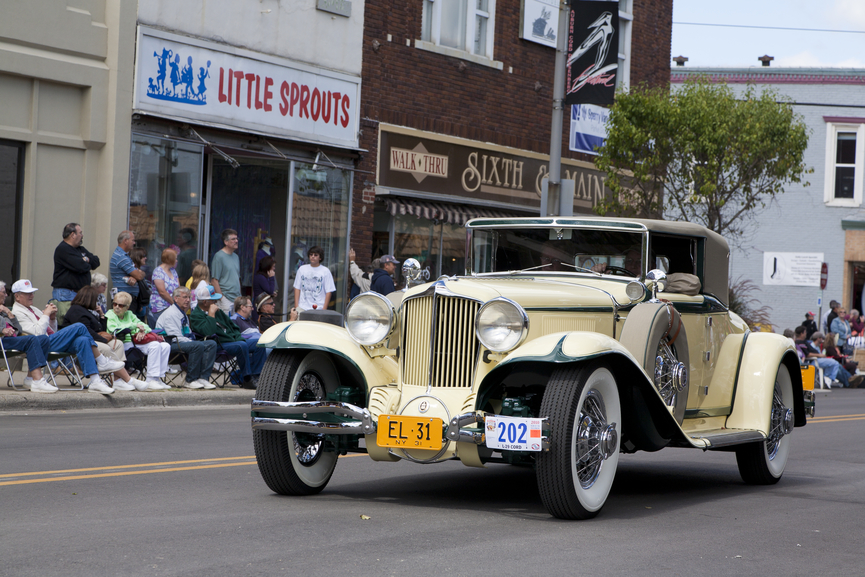 The Cord was a unique car that looked like nothing before it or since. This was a time when cars had personality. Today's cars pretty much look like all the other cars on the road. The Cord was built when people had there own ideas and weren't afraid to use them. They developed their own style, something to stand out from the rest of the cars and trucks. The Cord was distinguished by its bulbous nose and very neat exhaust. The Cord was a great runner and you defintetly stood out from the crowd when you were behind the wheel. Again this was a time when the factories weren't just in it for the money. They wanted to build something different but still build something strong and Cord succeded in every way possible. When you drove a Cord you knew you were driving something cool and no one on your block had one like you. The Cord was different, everyone knows that but no matter how much Cord wanted to make its designs work, they still failed at one thing, the radio. Technology just wasn't up for a great radio at the time and there weren't that many stations to listen to either. But what about now? You've restored your Cord and now you want do some cruising but you want to listen to your favorite songs also, what should you do? You go to Vintage Car Radio! Vintage Car Radio has everything you could want to get your Cord rocking in no time. They have the best of the best from builders like Stereo Conversion, RediRad, Out of Sight Radio, Ken Harrison and Custom Autosound. These are the best radios money can buy and will make your Cord stand out even more then it already does. Vintage Car Radio...your Cord headquarters.