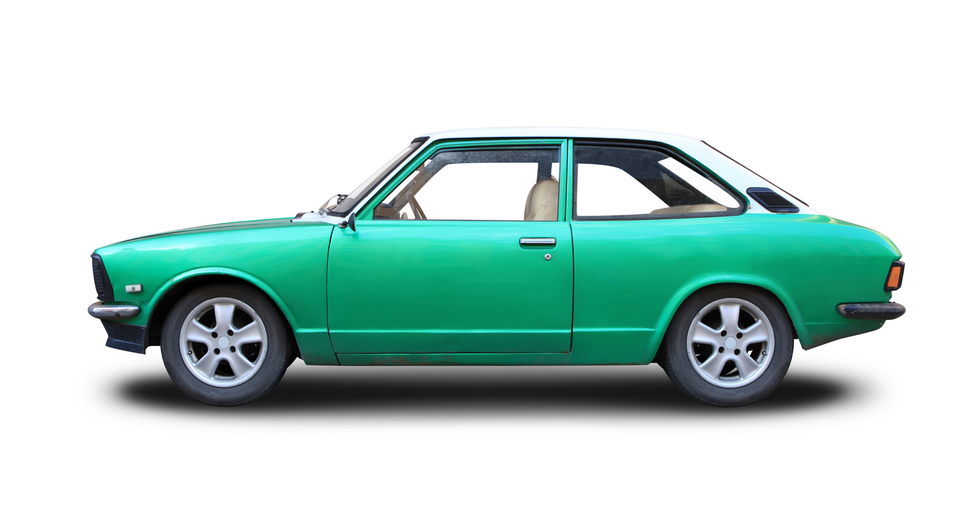 One thing American car manufacturers always were good at was building big cars. Not big as in slightly oversize, I mean big huge. The US apparently had a surplus of sheet metal with the unbelievable size of the cars and trucks. Of course with all that girth mileage was bad, really bad but at the time gas was cheap so who cared! Well apparently the folks over at Toyota knew something because they were excelling at building small sporty cars that were fun to drive, cheaply priced and dependable. So during the '70s when gas started to dry up and no one wanted a gas guzzler people sought out an alternative and Toyota was it. Toyota cars and trucks were never overbearing or garish, just understated and built to last. People needed a vehicle that wasn't going to cost an arm and a leg to maintain and got good mileage. Well, Toyota did that in spades. One thing Toyota didn't excel in, much like other classic cars was in the stereo department. Sure Toyota's got great mileage, lasted for years and were fun to drive but no one wanted to turn on the radio because it got ugly quick. So what if you own one of these classic Toyota's but want to be able to listen to the radio and not be ashamed of the sound? You get over to Vintage Car Radio and check out all the stereo systems made specifically for your Toyota. Vintage Car Radio carries all the latest and greatest stereos from the best in the business like Custom Autosound, Ken Harrison, Out of Sight Audio, RediRad and Stereo Conversion. These radios fit in your stock dash and sound unbelievable. You won't be able to figure out why you didn't get to Vintage Car Radio earlier.