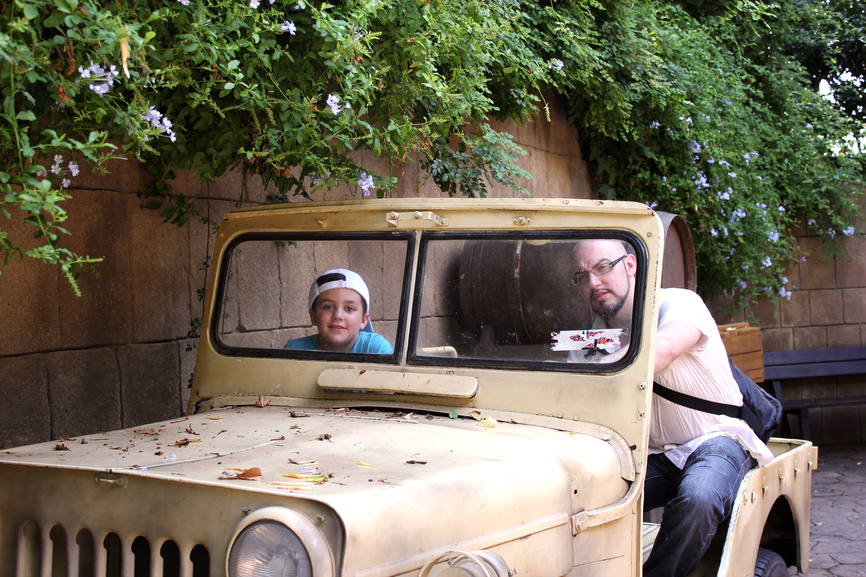 During World War II GI's needed to get around in a multi-purpose vehicle so the jeep was born. It was small, easily maneuverable and best yet four wheel drive. It was what you would call a minimalist vehicle. There were no cupholders, carpet, rack and pinion steering, radio or any other creature comfort that we've grown accustomed to. They were built to go everywhere and anywhere the military needed them. They were rugged because they had to be. You didn't want to break down on the front lines so the Jeep had to be built to take a hit and it was. Of course when the war was over Jeep decided to keep on building and it was immediately an American icon. The civilian version did add some niceties to make it a bit more liveable in the everyday world but it was still built like a tank (pun intended). Now when you were on the front you were just trying to stay alive and the last thing on your mind was any kind of goodies in your Jeep. You didn't need or want cupholders or stereos but now that your not fearing for your life it would be nice to have some righteous tunes. So what do you do? You get your butt over to Vintage Car Radio and get your Jeep up and rocking. Vintage Car Radio has everything your Jeep could want in a sound system. They carry the best of the best including tops of the industry like Custom Autosound, Ken Harrison, Out of Sight Radio, RediRad and Stereo Conversion. These radios sound better than any new car stereo and are built specifically for your classic Jeep. They bolt in with minimal hassle and the sound is just amazing. So get over to Vintage Car Radio and get your Jeep ready!